OILA strongly supports the creation of a "minimum wake zone" from the east at Marler Park to the west at Lisa Jackson park. 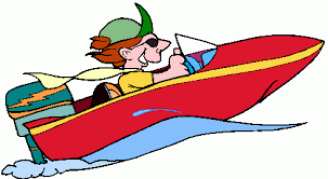 Talked to Mr. Ryan Moreau of the FWC last Friday.  He is the gentleman task with investigating the proposal to move the minimum wake sign
THE FWC IS PLANNING A SECOND PUBLIC HEARING ON RELOCATING THE MINIMUM WAKE SIGN TO THE WEST IN SANTA ROSA SOUND!  That’s fantastic news.  It shows that messages and emails being sent to the FWC on this subject are being noticed and producing results!
Have no idea  when this public hearing will be held; as soon as we know will spread the word.
During this next visit the FWC want to meet with local officials on relocating the minimum wake sign.  Ref. the email below we have two “champions” in local government who have supported the relocation effort from the beginning and who have offered to be the FWC’s contact point.  They are Amy Jamieson of the Fort Walton Beach City Council and Carolyn Ketchel Chairman of the Okaloosa County commissioners.
As I said will spread the word immediately when we know the date of the second Public Hearing.  IN THE MEANTIME CONTINUE TO SPREAD THE WORD ABOUT THE PROPOSAL TO MOVE THE MINIMUM WAKE SIGN TO EVERYONE YOU KNOW AND ASK THEM TO DO THE SAME WITH THEIR FRIENDS.  ABOVE ALL CONTINUE TO SEND COMMENTS TO THE FWC AT:
Waterway.Management@myfwc.com
Comments can also be sent to Mr.  Moreau directly.
FWC would not be coming back for a second visit if there were not lots of public comments supporting moving the sign.
Thanks for all the support so far – and we need to keep it up.
Dave Hancock 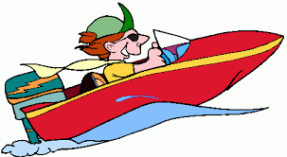 The Florida Fish and Wildlife Conservation Commission (FWC) will hold a public workshop in Fort Walton Beach to address possible rule amendments reducing vessel speed limits within the Florida Intracoastal Waterway (ICW) in Okaloosa County. The amendments to rule 68D-24.146, Florida Administrative Code would propose the expansion of vessel speed restrictions on the western boundary of the Brooks Bridge boating safety zone due to the presence of the City of Fort Walton Landing public boat ramp. Other proposed changes include updates to maps and other minor technical changes to language. The workshop will be held Friday, March 17, from 6 to 8 p.m. at the Emerald Coast Convention Center, 1250 Miracle Strip Parkway SE.

The Presentation for the Meeting is now online. (March 13th)

Please submit comments or additional information requests directly to waterway.management@myfwc.com or contact the Boating and Waterways Section at (850) 488-5600.

The FWC team at the Public Hearing was led by Mr. Ryan Moreau of FWC’s Waterway Management Organization.  Besides three from FWC there were 17 individuals from Okaloosa County In attendance; the majority of those were Okaloosa island Leaseholders Association Members.  Mr. Moreau stressed that the hearing was to gather information on their initial proposal which he displayed in a power point presentation.   The initial proposal displayed showed an extension of the minimum wake zone 250 feet to the west of the existing minimum wake marker which is in front on the Fort Walton Beach Landing park.  He also stressed that the FWC does not establish minimum wake zones to stop shoreline erosion and a different department in the FWC deals with minimum wake zones for wild life such as manatees. As a result the emphasis was on public safety.
Also discussed was how the effort started on relocating the minimum wake zone started.  Last fall based on member requests OILA contacted the Okaloosa County Commissioner for Okaloosa Island, Ms. Carolyn Ketchel, and she contacted the FWC to get the ball rolling.
Here are highlights from the Public Comments:
Here’s the bottom line – it was unanimous among attendees that the minimum wake extension to the west include Marler Park as it is a public safety issue.  The only real issue with an east extension is what to to about the charter boat situation.

After almost two hours of discussion we hearing was wrapped up with details of what happens next – the FWC will revise their proposal based on the public hearing comments  and also comments sent in to the FWC and send it back to us for review.

Mr Moreau and other FWC staff,

Thank you for your time in addressing the no wake zone extension in Okaloosa county between Marler Park and Liza Jackson Park. I own and operate a watersports store in downtown Fort Walton Beach. We have been in business for 12 years, I was born in Ft Walton beach and have been a boater my entire life. While at times No Wake Zones can be an inconvenience, I truly believe the no wake zone being discussed should be extended for the safety of boaters both powered and non-powered. The reality is power boaters do not pay attention to smaller craft, sail craft, and other non-powered craft the way they are legally obligated. And in this narrow high traffic area everyone would benefit from the no wake zone. I am all for small government and less laws but this extension will actually allow more people to safely use the waterway which is a benefit to the majority.

Thank you for your time,