Recently, there has been discussion about the operation of Golf Cards and LSVs (Low Speed Vehicles) on Okaloosa Island. 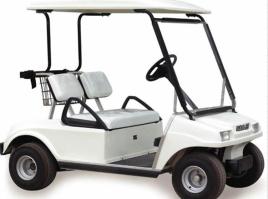 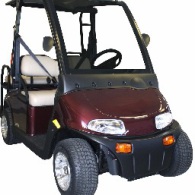 The following information was provided by:

There may be some confusion over “Golf Carts” vs. “LSV” Low Speed Vehicles. They look similar, however a Golf Cart cannot be tagged (State Registration) or operated on a roadway. What differentiates a Golf Cart from an LSV is the LSV has been modified to allow speeds over 25 mph along with other safety equipment including seatbelts, windshield with wipers, safety triangle, brake and turn signals, headlights and rearview mirrors. An LSV must be inspected by DMSMV and a tag issued before it can be operated on the roadways. An LSV can be operated on any roadway where the speeds are 35 MPH or less. They can
also cross a roadway where the speeds are higher than 35 MPH if at an intersection. I have included the Florida State Statute below.

Golf Carts may only be operated on the roadways where the local government has enacted ordinances to allow them.

Okaloosa Island is not one of those areas.

(1) Low-speed vehicle or mini truck may be operated only on streets where the posted speed limit is 35 miles per hour or less. This does not prohibit a low-speed vehicle or mini truck from crossing a road or street at an intersection where the road or street has a posted speed limit of more than 35 miles per hour.

(3) Low-speed vehicle or mini truck must be registered and insured in accordance with s. 320.02 and titled pursuant to chapter 319.

(4) Any person operating a low-speed vehicle or mini truck must have in his or her possession a valid driver license.

The following file is Your Guide to Drive a Low Speed Vehicle as provided by the Florida Department of Highway Safety and Motor Vehicles.